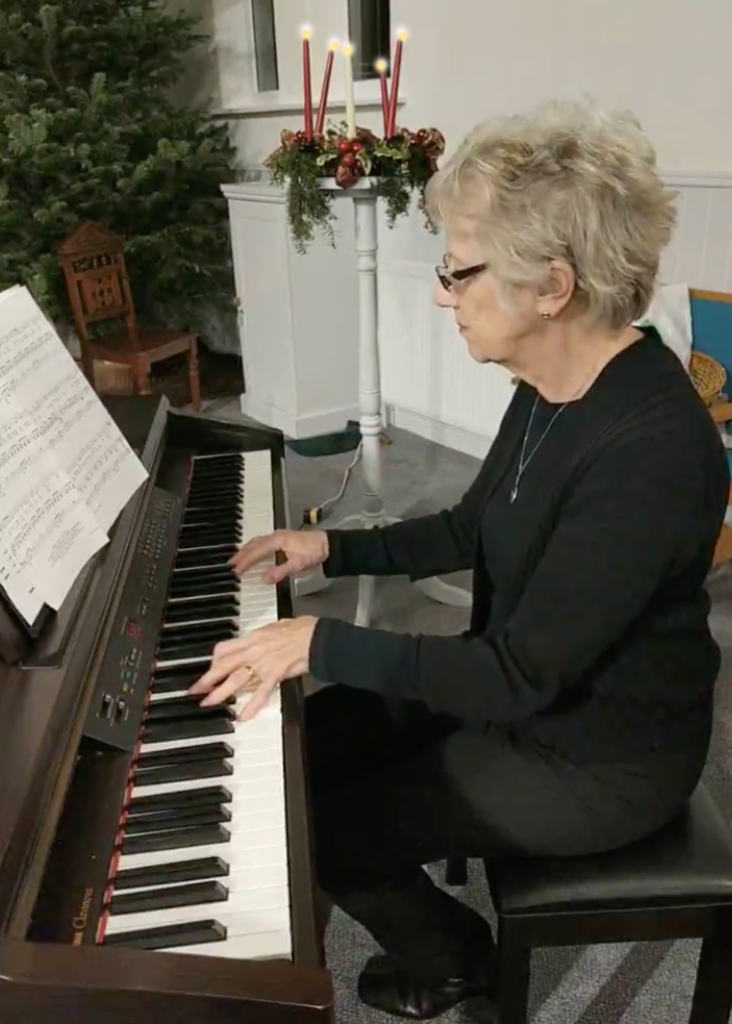 The Ainsdale Village Singers was formed on the foundation of The Richard Hart Singers in an effort to update our image and boost our profile in the surrounding area.

We sing a variety of different types of music in arrangements up to four parts:- sopranos, altos, tenors and basses.
Our Musical Director is Stewart Hankinson, who joined us in September 2017.

Workshops at the Village Church Hall. These have all been well attended and have proved invaluable to everyone concerned with choral singing. The last one in October 2019 was a Rodgers and Hammerstein based workshop and was very enjoyable with the vocal exercises all being based on the music from their musicals.

When required, we have an accompanist, Brenda Redmond for concerts and rehearsals leading up to the concerts. Brenda is an eminently qualified piano teacher and also provides accompaniment for singers in musical festivals.
The choir currently has eighteen members. We are actively recruiting new members, and would love to boost our numbers to around the thirty mark.

The choir is run democratically by a committee.

In the past (as the Richard Hart Singers) the choir has given two or three concerts each year and has also performed at the National Trust properties, such as Rufford Old Hall and Speke Hall.

Come and join us on Thursday evening’s