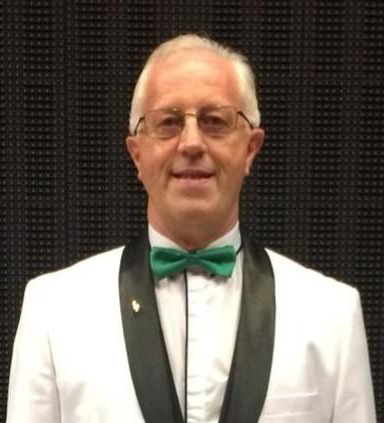 Originally from Lytham St. Annes, Stewart studied singing with distinguished teachers, Patrick McGuigan, Barbara Robotham and John Cameron, at the Royal Northern College of Music in Manchester.
He obtained a degree in music education from the University of Huddersfield and holds diplomas in the teaching and performance of singing.
He has recently been awarded the degree of Master of Music, with distinction, from the University of Liverpool.

As a singer and accompanist he has appeared in venues from Scotland to Solihull; on radio and television and in Germany and Spain. He has participated in masterclasses with distinguished singers and teachers, including Dame Janet Baker, John Shirley-Quirk, Norman Tattersall and Margaret Lane. As a singer Stewart has a particular interest in the art song form, which encompasses his love of music and languages and he has performed extensively in oratorio and on the concert platform with choirs, choral societies and orchestras throughout the country.
Stewart formed his first choir at the age of fifteen years which has led to a lifelong involvement in the choral movement as a conductor and accompanist. This has encompassed working with youth and adult choirs at local and national level, with great success both on the concert platform and in competitions. Highlights have included performing at the Royal Albert Hall, the Royal Festival Hall, Llangollen International Eisteddfod and abroad.

After many years teaching music in schools and colleges, latterly as Head of Performing Arts, he has now returned to his roots as a freelance portfolio musician – singing, teaching, conducting, accompanying and playing the organ. Many of his former students have progressed to further study at universities and conservatoires and to professional work in the Royal Opera House, Glyndebourne Festival Opera and the world of Musical Theatre.

Come and join us on Thursday evening’s